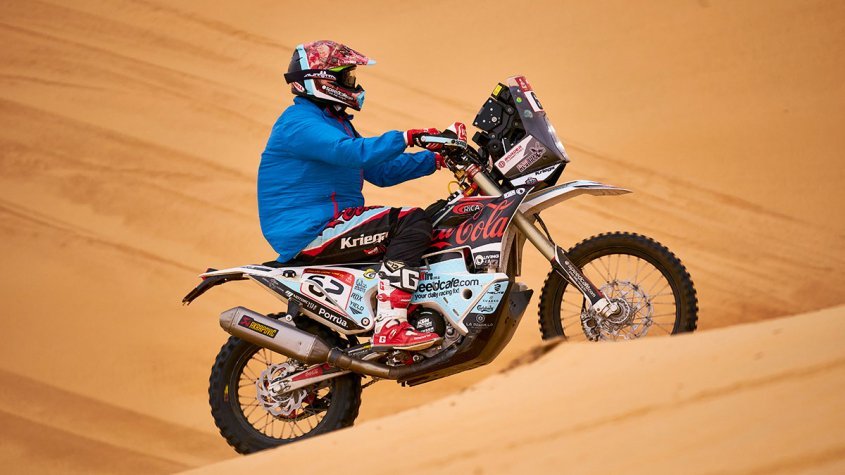 After the rest day comes a marathon.

The riders headed out this morning in cold and damp conditions on their way to Sakaka, while the support teams packed up and started their 810km trip to Neom, a totally planned “city of the future” on the edge of the Red Sea.

For the riders, today’s stage involved a 472km special and 742km in total.

And as the first part of the marathon stage, they had to do everything today knowing they will have no assistance at the end it.

So taking care of the bike was more important today than ever. Any major incident today could rule them out of the rally.

The Nomadas team was up at 4 am getting things ready for Andrew and Pablo to head out before 6 am.

The KTM team were at it even earlier.

“They were camped near near us so we watched Toby set off at 4.45 am”, reported Alistair Nicoll.

It had rained during the night and it was still below 10° as the riders set out.

“It was freezing in the 250km morning liaison with some light rain and a lot of mist”, said Andrew at the end of the day.

“The start of the special was straight into a very difficult 40km sand and dune section and after CP1 it was fast and rocky. There were a lot of big rocks hidden in the deep sand.”

After making it through that section safely and to the second checkpoint, riders were faced with another 30 to 40km of dunes.

Andrew said “they were very nice until I misjudged a big dune and cartwheeled over the peak of one!”

He then spent the next 20 minutes getting sand out of the push button starter before he could get the bike going again.

“Other than that small mishap I made it to the end of what felt like a very dangerous stage.”

Andrew finished 62nd in today’s stage and that puts him in 60th overall.

The goal is to get to that finish line, and with five more stages to go that means making sure they get to the end of every stage without damage to the bike or rider. And so far that’s working out quite well.

While the riders were battling with sand and rock, the support teams were travelling through heavy rain on their way to Neom.

“Soon after departure it poured rain and it was under 10°. We felt sorry for the riders.”, wrote Alistair in his account of today.

“The rain soon cleared and then we had a spectacular scenic drive with temperatures reaching 28°.”

“We hit the Red Sea coast around 3pm, then followed the coast road to Neom for about 80kms to the bivouac.”

The support teams had a very quiet night with no bikes to service. An early night, a bit more sleep, and then get ready for the guys to arrive tomorrow.

Things got interesting at the pointy end of the field today.

Toby Price, Ricky Brabec and Kevin Benavides spent most of the day trading places for first, second and third.

But towards the end of the stage both Price and Benavides started dropping time, leaving Brabec to take the stage win.

And hanging around 10 places down the field all day was José Ignacio Cornejo. After a surge at the end of the day he surprisingly took second in the stage and now leads overall from Toby Price by just one second.

Daniel Sanders has moved into the top 10 after a spectacular fifth place today.

And Michael Burgess is travelling consistently and is still in 38th position overall.

Stage 8 is a 334km liaison and 375km special, mostly rocky tracks with a bit of sand but no dunes.

And at the end of the day the riders will be once again back with their support teams in Neom. 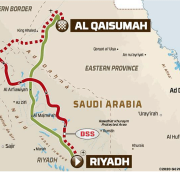 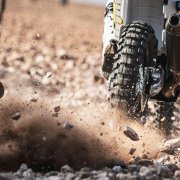 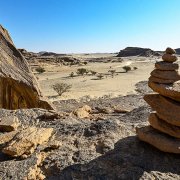 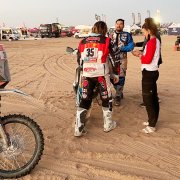 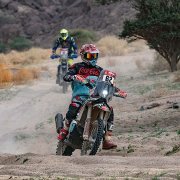