Andrew Houlihan is an international off-road motorcycle racer based in Albury NSW, Australia. 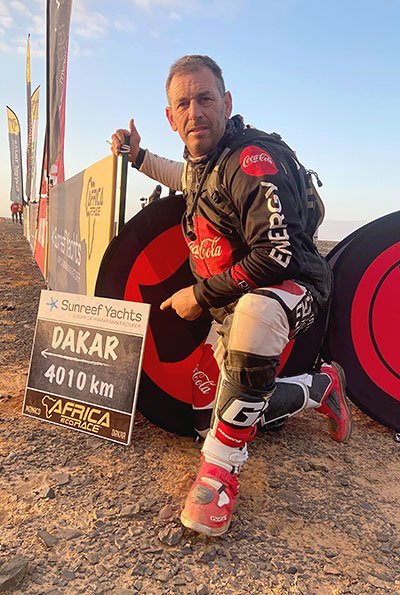 He started his racing career in the early 2000’s competing in motocross and enduro events and very quickly claimed his first title – the 2003 Northern Region Enduro. Andrew then went on to win his first state championship, the Victorian State Motocross Championship, in 2006.

Andrew has since had multiple successes in events throughout Australia and New Zealand, including further state motocross championships in both Victoria and the Northern Territory. He began racing internationally in 2018 at the Hellas Rally in Greece.

Now in his 50’s, he is making his own dream a reality and preparing to take on the longest and toughest off-road rally event in the world – the Dakar Rally – in 2021.

Become part of the Dakar legend – join me on my Road to Dakar 2021.

The Dakar is a rally raid, but first and foremost, it’s an incomparable human adventure. The preparation required to compete in the event is beyond what most people can imagine let alone achieve.

And to simply finish the event is a monumental achievement.

The Dakar is the second largest motorsport event in the world behind Formula 1. It is physically and mentally demanding with competitors covering over 7,500km in 12 days of competition through some of the most intimidating terrain in the world. 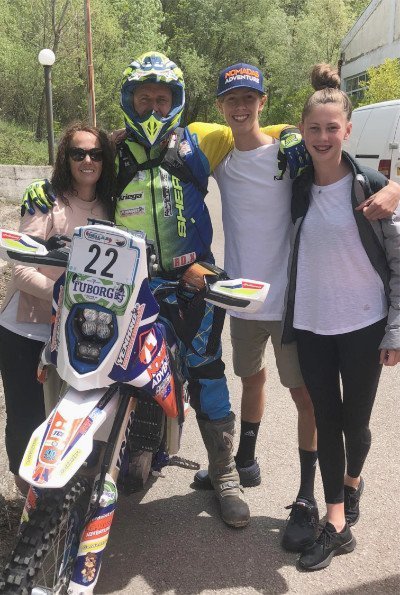 So why take on such an event? For Andrew Houlihan it has been a long term dream and he sees completing the Dakar as the pinnacle of an international off-road racing career.

“Dakar and the lead up events that I will be competing in are some of the most physically and mentally demanding motorsports events in the world, and I am committed to a professional approach to achieve the end goal of finishing at Dakar 2021.”

As well as being a highly experienced racer, Andrew is also a businessman, husband and father of 2 children.

“My wife and children understand the sacrifices I am making on my Road to Dakar and without their support it would not be possible.”

Never before has there been such dedication and motivation to achieve a goal …..

“I am competitive, determined and focused with only one goal in mind, to finish the Dakar Rally.”