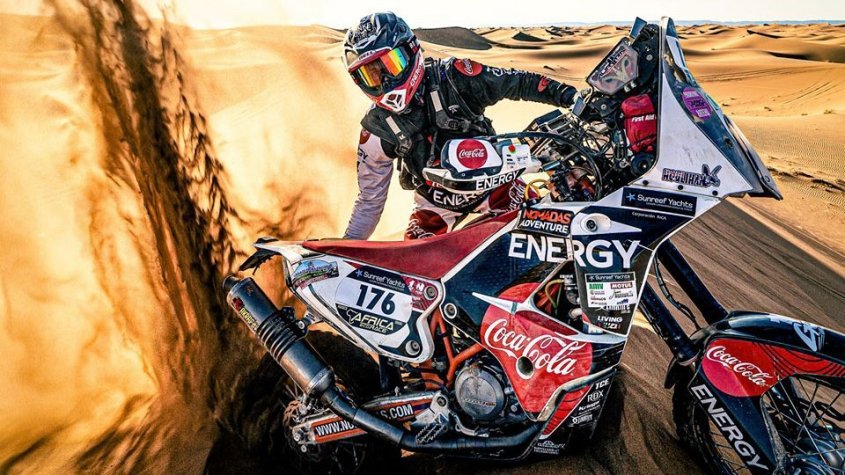 It’s official – Andrew Houlihan is going to the Dakar Rally in 2021.

It’s been a long and uncertain journey (a bit like the Dakar Rally itself) over the last 6 months as we navigated our way through COVID-19 restrictions and the limitations placed on both domestic and international travel.

But Andrew has now been granted a travel exemption by the Australian Government that will allow him to leave Australia in early December and travel to Saudi Arabia for the event.

It was the last piece that needed to fall into place to allow the Albury based rider to fulfil his dream of competing in the toughest off road event in the world.

Andrew’s entry was accepted by rally organisers in May, but the uncertainty caused by the impact of COVID-19 meant that it was only in the last week that Andrew received approval to travel.

Despite the uncertainty that he would make it to the event, Andrew has quietly been preparing anyway.

He will compete on a new 2020 model KTM 450 Rally Factory Replica he has been preparing in his workshop in Albury.

Each week Andrew has been clocking up an average of 2-3,000 km on the new bike, including night riding and navigation training provided by his race team.

And while travel restrictions have prevented him from competing since finishing 21st in the Africa ECO Race last January, he has also been able to undergo several operations to repair damage to his ankle and thumb sustained in a major crash during the Hellas Rally in Greece in 2018.

Local daredevil Andrew Houlihan is preparing for the ride of his life in what is arguably the most deadly sporting even on the planet.

Local daredevil Andrew Houlihan is preparing for the ride of his life in what is arguably the most deadly sporting even on the planet.

The Dakar Rally is recognised as one of the toughest motorsport events in the world, and is second only to Formula 1 in terms of popularity and worldwide coverage.

The 2021 event begins on the 3rd January and runs for 12 days. Competitors will cover a distance in excess of 7,500 km through a variety of terrain – and there’s always plenty of sand!

Entry to the event is only open to those who have a proven record in off-road rally raid events. The event organiser, ASO (Amaury Sport Organisation), has very strict entry requirements to ensure only the best riders and drivers in the world are allowed to compete.

Andrew has dedicated the past 2 years to preparing for the Dakar Rally by racing in qualifying events throughout Europe and Africa as part of the Nomadas Adventure Rally team based in Switzerland.

He is supported in the 2021 Dakar by a number of Australian businesses and by Coca-Cola Energy.

Through all the recent uncertainty Andrew’s commitment to his dream has won through, and he is on his way to Dakar! 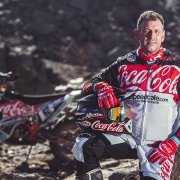 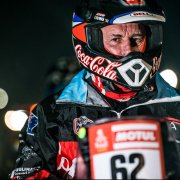 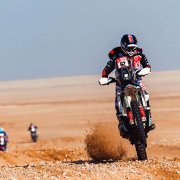 History of the Dakar #1