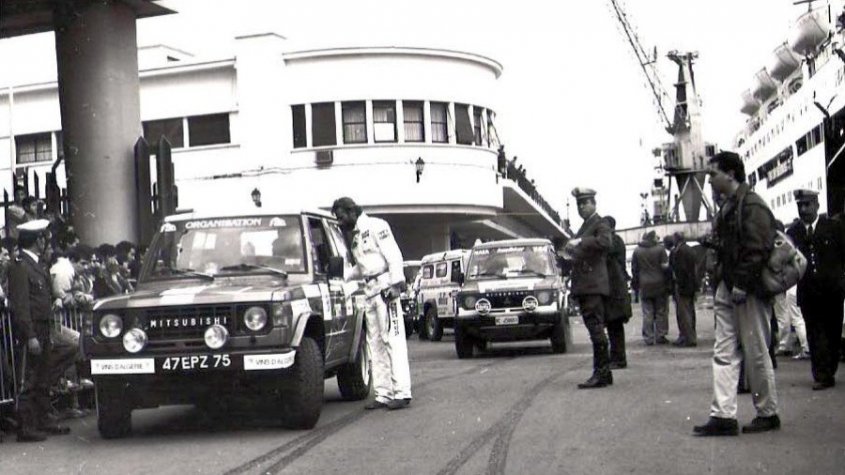 It could have been a tragedy ….

It was 1977 and French motorcycle racer, Thierry Sabine, found himself hopelessly lost in the Ténéré Desert during the Abidjan-Nice rally.

Having misplaced his compass and strayed from the course he struggled to find his way in a 400,000 square kilometre section of the Sahara that stretches from north-eastern Niger and into western Chad.

Bertrand is considered to be the founder of rally raids – long distance off-road races held over several days – and he had a reputation for making them tough.

He wanted to give a “once in a lifetime experience” to his competitors and create a sense of spirit amongst them. His brief to them was simple – “…you have to help each other, if you don’t you won’t make it.”

Bertrand created the Bandama Rally which still runs today. One year it was so tough that not a single competitor finished the event.

Next came the Abidjan-Nice rally. The first edition started on 25th December 1975 and ended in France on 11th January 1976.

True to his reputation, it was tough. The leg from Abidjan on the Ivory Coast of West Africa to Niamey in Niger was over 1,700 kilometres and competitors had to complete the “day” in less than 31 hours.

It was in the second edition of the event that things went horribly wrong for Thierry Sabine.

Defeated but inspired by what he saw in the desert, he returned to France with the desire to share the immensity of the landscape with as many people as possible.

Jean-Claude Bertrand had his own vision to organise a race on each of 5 continents and had given Thierry Sabine a job to assist him while he travelled to Central and South America to map out his second major race.

And independently from Bertand, Sabine created his own event – the Paris-Dakar Rally. The first edition started from the Place du Trocadéro in Paris on the 26th December 1978.

The route took competitors to Algiers before they crossed through Agadez in Niger, and then on to the finish line besides Lac Rose (Lake Retba, the “Pink Lake”) in Dakar the capital of Senegal.

The Dakar Rally, as it is now known, has been held every year since that first event in 1978 with one exception in 2008. It has been held in Africa, South America and now Saudi Arabia.

After more than 40 years of competition the rally still creates the same sense of comradery amongst its competitors as the first events. And Sabine’s motto – “A challenge for those who go. A dream for those who stay behind.” – still stands.

Sadly we lost Thierry Sabine in a helicopter crash in 1986, but his legacy lives on.

Getting lost in the desert in 1977 could have been a tragedy indeed, but it was the inspiration to create the biggest and most well known off-road motorsport event in the world – the Dakar Rally.